I was just on the Rev. Jesse Lee Peterson’s Radio Show this morning. Rev. Peterson had on as his guest, Bishop Huggins from the church. The main question was why Jeremiah Wright was even invited as their keynote speaker for the 93rd anniversary celebration?

Sometimes, talking about how we dislike liberal, progressive, socialist, marxist or radical jihadist agendas isn’t enough to get the sleeping population to wake up to the fact that our country is under attack from all fronts. Sometimes you have to stand up, stand out and speak up, whether it may or may not be the wrong venue! This was the WRIGHT venue! 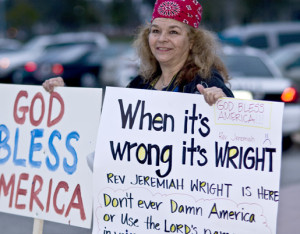 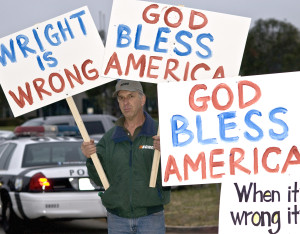 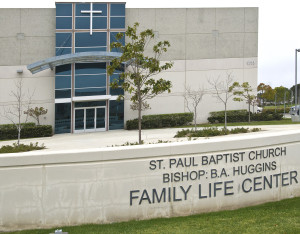 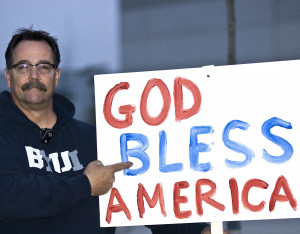